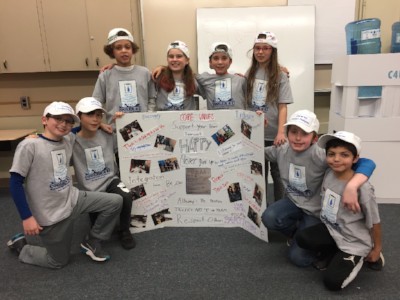 Cooler 4 U represented Hayhurst in the Oregon First Lego League State Championship tournament on Sunday, January 14th.  While they didn’t win any awards, they had strong performances in all four areas: Robot Design, Core Values, Research Presentation and the Robot Game.  They were 11th out of 55 teams in robot performance!

Many thanks to Rudy Baum (research coach), Shelly Garg (teamwork coach), Chris Alexander and Angie Smith for all their help at practice, to Laurie Keenan for keeping me on track at the tournaments and to all the parents who stepped up when we needed them!  It’s been a fun season!!!